3 valuable lessons in life from my mum

Just in time for Mother’s Day in Australia, I thought I’d share the three most valuable lessons in life my Mum has taught me.

At the shops this morning, Mum and I bumped into one of my fellow mum-friends-with-young-kids. We were talking about work, kids, the juggle… you know the story.

The conversation got me thinking… Mum has had the most colourful career of anyone I know.

She’s done everything from nursing to landscape design, worked her way up from researcher to series producer in the cut-throat world of 90s TV, become a qualified florist, paper artist, calligrapher, lampshade designer and she makes the most exquisite meals. To top it all off, she’s now (at the age of 62!) completing her first uni degree – a Masters in Perioperative Nursing. 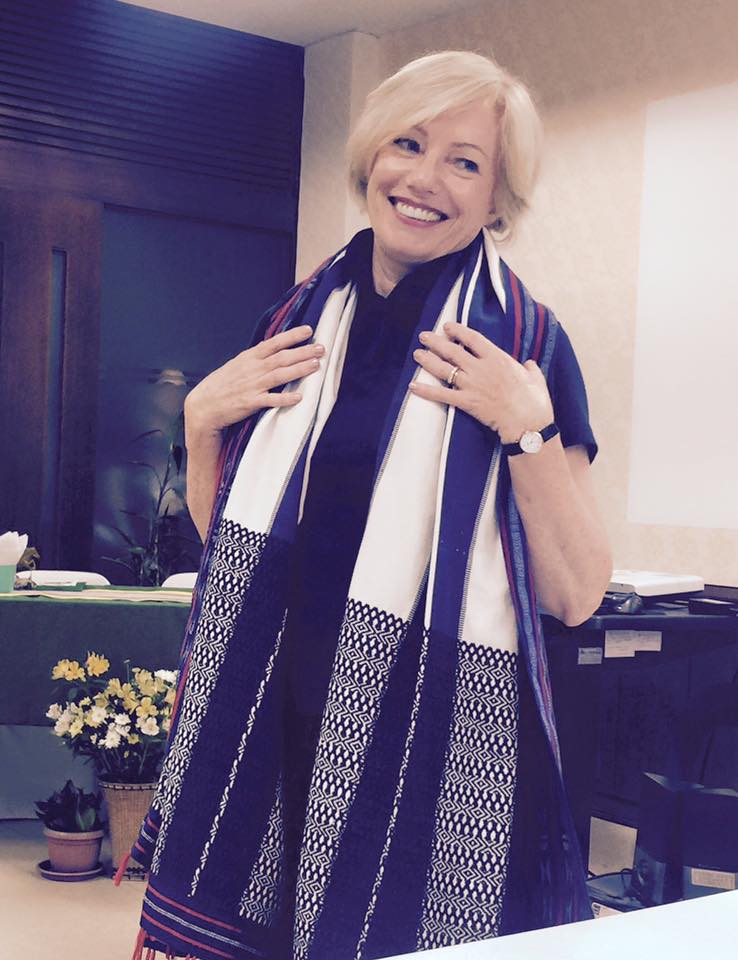 She’s accomplished all of this while raising two girls (my sister and I), with no family close by and a 10 year gap in her resume when we were babies.

She is uncompromising in her pursuit for perfection in everything she does, including loving my sister, Dad and I and, now, her three granddaughters.

To date, my career history has also been somewhat eclectic. Years in corporate at big brands doing everything from annual reports to merchandising, copywriting to PR, event production to digital marketing. Plus many temp jobs overseas, a previous stint as a freelance copywriter, nanny and barista.

Rounding into year four of owning my own business (well, businesses… there’s the wedding umbrellas as well – a story for another time), I’m reflecting on how Mum’s story has influenced my own.

So, what are the valuable lessons in life she’s given to me? Here’re the top three things Mum taught me about how to win at life.

1) It’s ok to have many jobs and careers

As babes born on the cusp of Gen X and Y (I, for one, feel much more like a Gen X these days), most of us grew up with our parents having a job-for-life. They maybe went to uni (when it was free, lucky ducks) and then started working. They took their time and were promoted as the years went on – never in that much of a hurry, it seemed. They knew they’d get to the top eventually.

Most of my friends were told to decide what they wanted to do when they left school, get a degree and then get to work. It was assumed we had to decide the rest of our lives at 17/18.

But! Not in my family. Even though Dad was (and still is!) a photographer from the age of 17, the role model of Mum showcased a very different path in life. The variety of what she has accomplished, the speed at which she learns and her impressive drive to jump into new opportunities and passions meant I knew I didn’t need to decide right then and there.

She showed me that it was ok to morph and change, to have several careers and jobs, to retrain if what I was doing didn’t suit my life any more. I loved advertising and PR when I was 17, so that’s what I did my undergraduate degree in. But I never thought that I was locked in for life and, boy, have I chopped and changed since then!

So, what’s the life lesson here? Whether you’re 17, 62 or somewhere in between, it’s ok to try something new. Don’t limit yourself to one career when you have so much to offer.

2) Starting from scratch is scary, but so rewarding

Mum has started from scratch at least five times.

First, she left school at 16 and trained as a nurse in Edinburgh (she hails from Inverness originally). She worked as a nurse in Scotland and then Australia until she had my sister in 82.

Then, after seven years with no paid job, she completed a TAFE course in Horticulture and Landscape Design (as a pre-schooler and with no additional childcare available, I was dragged along to countless bushwalks and lectures while Mum studied… in fact, it turned me into such a plant-know-it-all that on a school excursion to the Botanic Gardens in Year 1, I was able to correctly identify the gumtrees by their Latin names *insert eye roll*). After graduating at the top of her class, started her own Landscape Design business and ran it from our spare room.

Then, as a long shot, she applied for a role as a TV researcher for a 90s prime-time, ratings bonanza of a landscape program. She researched the stories and planned the garden makeovers. This was circa 94 and began her decade long career in TV. Starting as a researcher, she then became a segment producer and eventually a series producer. She worked on the powerhouses of Better Homes & Gardens, Location, Location, Auction Squad, Our House. I spent many a day bragging that my mum worked with Noni Hazlehurst! And she won several Logies!

As the TV landscape lurched towards reality shows and she produced the first plastic surgery/body transformation/reality program, Mum decided it was time to bow out.

So she started from scratch again and retrained (again!) as a nurse. She went from BIG TV paycheques to teeny nursing ones (it’s heartbreaking – why are TV producers paid more than the people who care for us when we’re sick?!) but knew the TV land wasn’t for her anymore.

It was a big transition and one she’s been dipping in and out of now for 15 years. She’s become a Nursing Educator, Nursing Unit Manager, specialised in anaesthetic and recovery nursing and volunteered in The Philippines and Nepal.

In amongst all that she took a break to study to become a florist! And now she’s starting from scratch again doing a Masters in Perioperative Nursing at 62!

So what’s the lesson here? It takes guts and you’ll probably feel faint doing it, but if you don’t love what you’re doing, it’s ok to stop. It’s ok to retrain. It’s ok to start from scratch. Ultimately, if you put your heart and soul into it, you’ll make the new thing work. 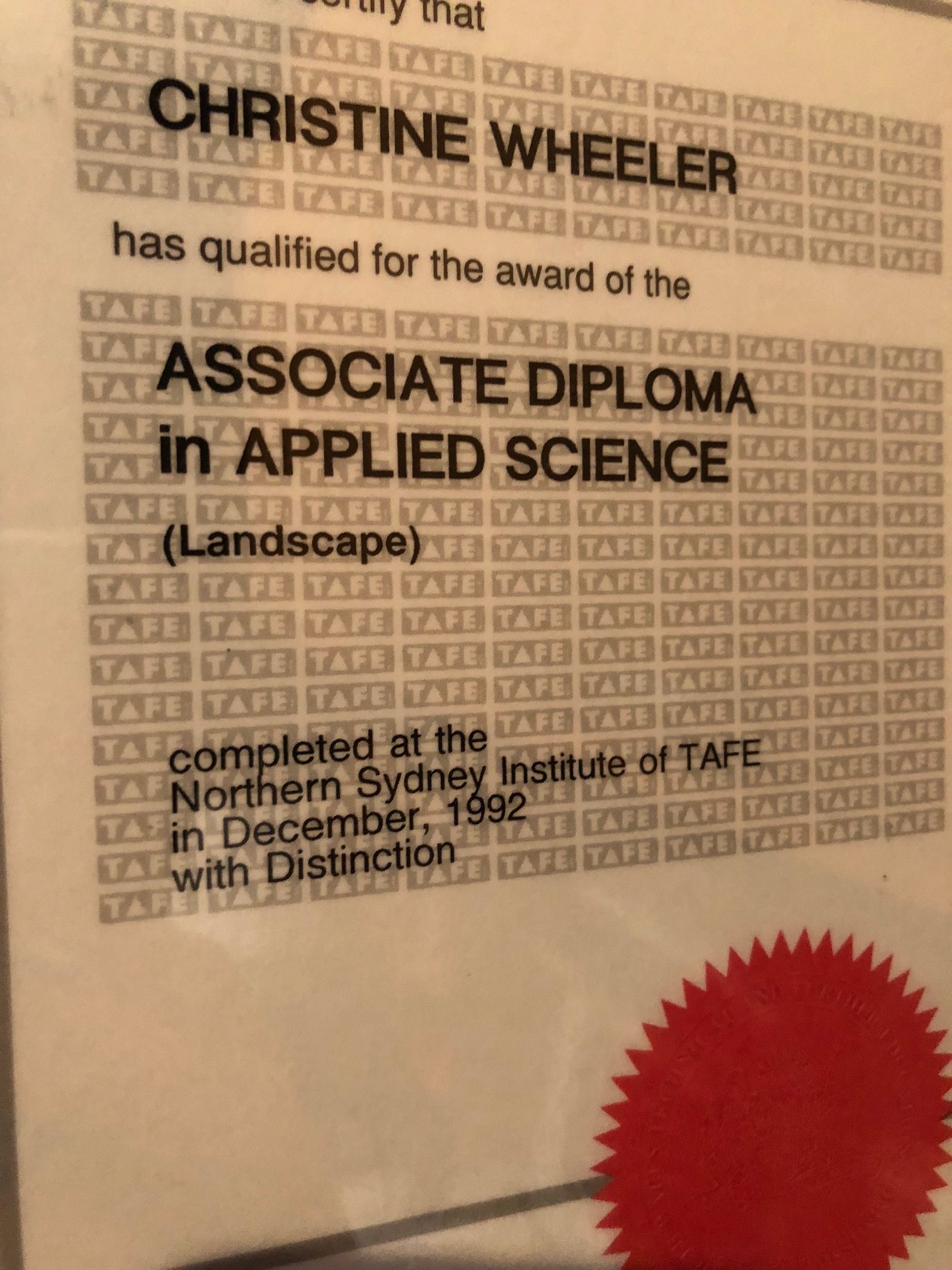 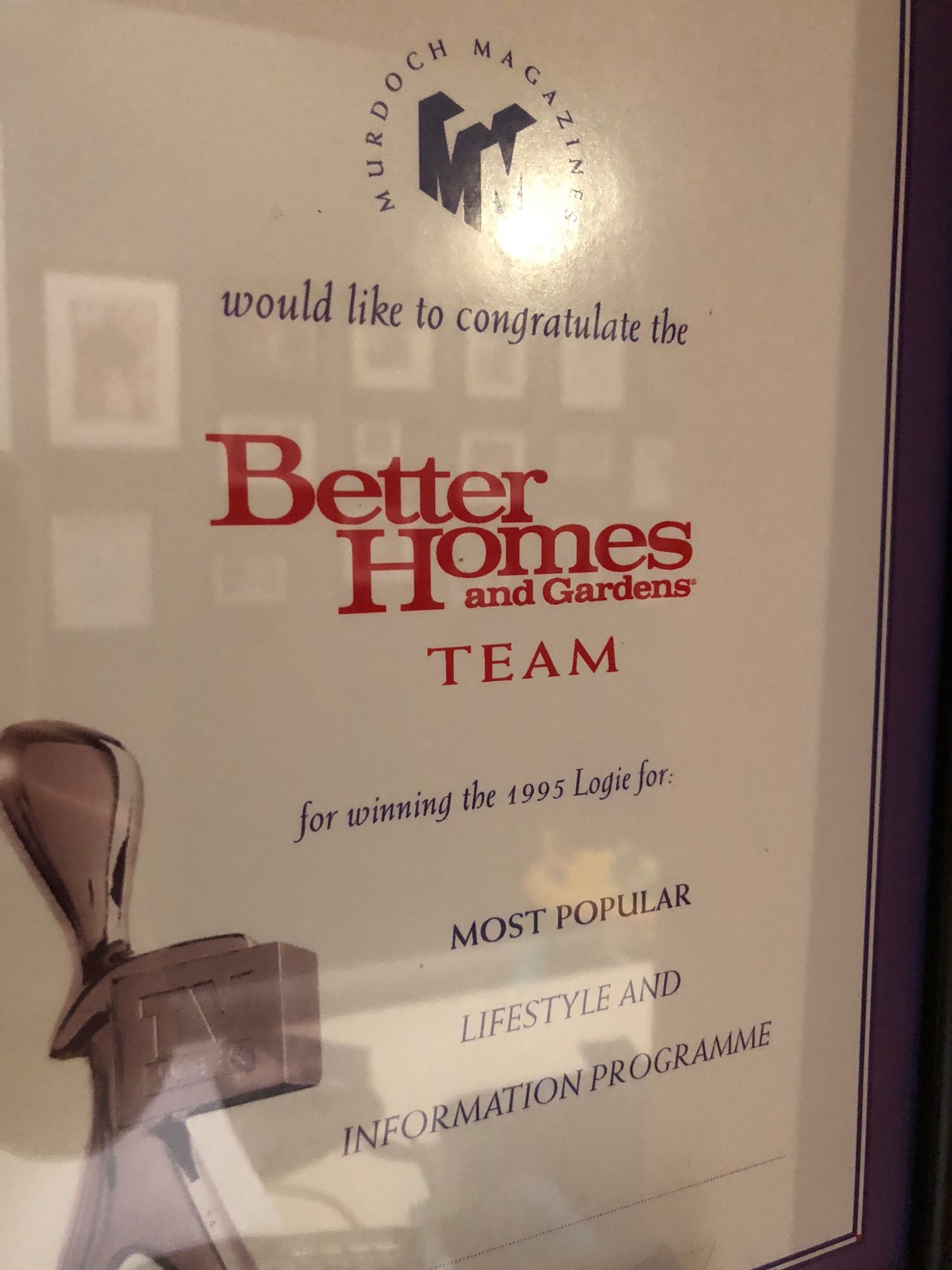 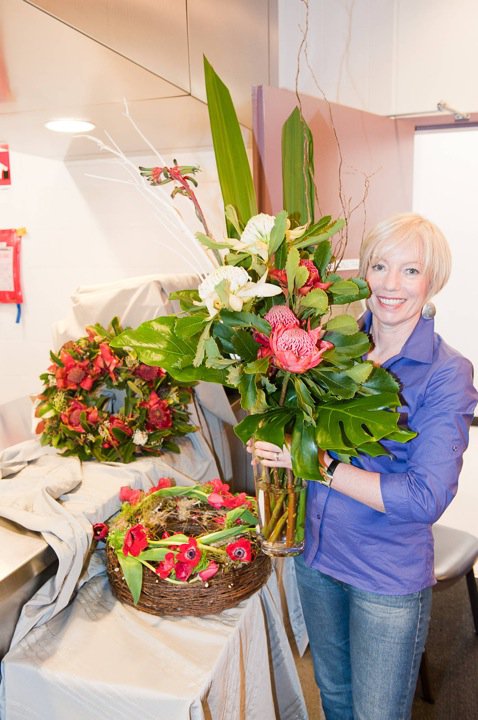 3) Don’t let kids hold you back

Now I don’t think she’s going to agree with me on this… but she definitely taught me that having kids doesn’t mean you need to scale back your dreams. She had no family here in Australia, and I’m sure it was an exceptionally hard slog, but she achieved all she’s achieved while being the primary carer for my sister and me.

Right now I’m grappling with how to manage two young kids (3.5 and 8mths) and my own business. I’m trying to be my best on all fronts and feel like I’m failing at everything.

But, when I think back to my own childhood with a working mum, I always felt like she was there when I needed her. Yes I was dragged to the bushwalks and would spend days on location shoots if I was sick from school. But, as a kid, it was fun! I loved that my Mum worked and I loved sharing that world with her. I am so thankful for the opportunities her income gave us – visiting family in Scotland, always having a full fridge, fun activities in the school holidays. And she always had a zest about her. She was probably so tired she ached to her bones, but I could feel she was invigorated by her work. Interested, intrigued, challenged. It bore in me a desire to have the same reaction to my own work. And I wouldn’t have had it all any other way.

I know now how agonising every decision must’ve been for Mum all those years.

‘Should I be working?’

‘What happens if the girls are sick?’

‘Another pupil free day? How am I going to make this work?’

Dad’s great, but as is still the way now, Mum bore the brunt of those decisions.

Despite that huge mental load, she made it a priority to have fulfilling careers. She’d argue it was out of financial necessity, but whatever the reason, I’m so glad she worked.

So what’s the lesson here? Whether she realised it or not, she was teaching my sister and I that kids and career aren’t mutually exclusive – and it’s something both of us are trying to instil in our own girls today.

I struggle with the juggle of young kids and work every day (that’s quite a nice rhyme!). But, I know it’s all going to work out somehow. Because my Mum continues to inspire me every day.